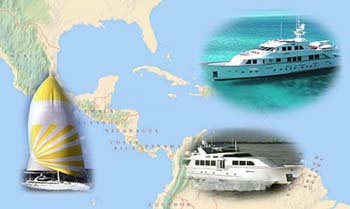 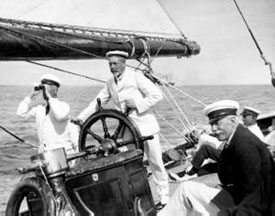 Although no standard such as ISO exists for the yacht insurance industry assuring consistency from carrier to carrier, most policies offered by domestic carriers have become fairly consistent in their coverage offering. Common coverage such as hull, protection and indemnity, medical payments, personal effects, uninsured boaters liability, towing and emergency assistance, even pollution coverage has become a standard. But as all agents know the devil is in the details and an agent's failure to dissect and understand the nuances between various yacht policies can lead to a very costly uncovered loss resulting in an E&O claim.

So what lies beneath the surface of a yacht policy that can create such exposure? This article focuses on the more commonly overlooked coverage or conditions that are interpreted differently from carrier to carrier. 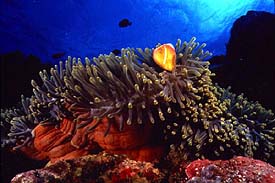 In the days of such increased environmental awareness, the laws designed to protect the environment are purposeful in their intent to hold a boat owner accountable for their actions.

For instance, a 55-foot sport-fish yacht that employs a full time paid captain and crew has a homeport in southern Florida where coral reefs are plentiful. While cruising at 30 knots the captain runs the yacht hard aground onto a beautiful coral reef in a marine estuary. The resulting damage to the reef is two 30-inch deep tunnels carved 100 yards into the reef from the yacht's propellers. On the surface this seems like a fairly innocuous event, but under the surface the owner may have the responsibility for restoring the reef at an expense that would make even Bill Gates weak in the knees. In addition to the obligation to restore the damaged reef, he may be assessed fines and penalties for his actions, even though it was the captain that was directly responsible for the occurrence.

Essentially you will find this coverage addressed by various carriers in three different ways; a total exclusion for damage to the marine environment, coverage with a stated sub-limit ranging from $50,000 to $100,000, or a policy that is "silent" as to the coverage. The latter being the most generous, as an all-risk marine policy that doesn't exclude environmental damage or sub-limit it, is giving coverage to the full limits of the P&I. Almost all policies exclude coverage for fines and penalties under their P&I but some give back the coverage with a small limit ranging from $15,000 to $50,000, others do not.

Some carriers exclude this coverage completely. For those that do offer the coverage, the variables an agent should be aware of are: Is the coverage adjusted on the basis of its actual cash value or replacement cost? Does the valuation change when the boat reaches a certain age and if so, when? Some policies that are always replacement cost while others convert to ACV when the boat reaches a certain age, commonly 10 years old. 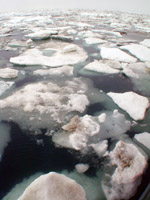 In areas where freezing is uncommon, agents and insureds may not think of ice and freezing coverage as being critical. In these areas more boats are in the water further into the winter months or as is the case in the Northwest, year round without being winterized. It can be compared to the insured who doesn't buy flood coverage for his home because he doesn't live on the water and therefore doesn't believe he has an exposure. This perception can come back to haunt him. This coverage is more often than not excluded, but there are policies that have no such exclusion or give back coverage based on the state in which the vessel is berthed, allowing underwriters an opportunity to assess and control their exposure. Some policies may not exclude ice and freezing but rather exclude damage resulting from improper winterization. 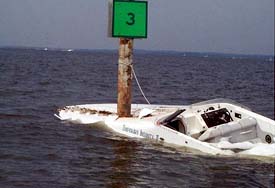 Certainly it is important to know all of the coverage differences from policy to policy but these few examples are a result of real life scenarios where the difference in one policy over another would have a dramatic effect upon the amount of loss covered by that particular carrier. It is an even more important consideration since over the past five years many top yacht carriers have merged with a competitor, sold their yacht portfolios, or exited from the business altogether. Looking beneath the surface and comparing the various yacht policies available to can prove to be a worthwhile endeavor.

Please use your back button to return